How Can We Help?

Our staff is ready to get you the answers & assistance you need for your business here in Springfield.

Send Us A Message

Springfield, Oregon, is located in Lane County in the Southern Willamette Valley, an hour and a half drive south of Portland and an hour away from the Pacific Ocean. Our community offers many options when it comes to movement of products and people , whether you’re shipping goods, traveling to see family or just getting out of the house for a walk.

Springfield is joined to Eugene to the west by  Interstate 5. Interstate 5 offers the primary north/south freeway of the West Coast and is intersected in Springfield and Eugene by Oregon Highway 126/I-105, allowing for freight movement both north and south and east and west. The local network of streets throughout Springfield are well-maintained by city services and prioritize the safe and efficient movement of people and products.

Portland International Airport (PDX), located 120 miles from Springfield, is the largest airport in the state with daily direct international flights in addition to domestic flights to all corners of the United States.

Springfield Oregon is serviced by a robust Union Pacific Railroad (UP) system, with many manufacturing sites including spur access.

The Amtrak offers a beautiful and convenient way to travel the pacific northwest and west coast, with a station  located only 3 miles from Downtown Springfield in Downtown Eugene. Amtrak offers multiple scenic routes through the Pacific Northwest and into Southern California including the famous Coastal Starlight route. For more information about this route and others, visit the Amtrak website at.

Visit Amtrak to see the different train routes in the Northwest

The largest deep draft coastal harbor between San Francisco and the Puget Sound is located at the Port of Portland, a less than a 2-hour drive of Springfield.

The Port of Coos Bay offers a second smaller deep water port opportunity and is connected by the Coos Rail line from some areas in addition to highway transportation systems.

Greyhound bus service is convenient for shipping and travel with a dedicated station located in downtown Springfield. 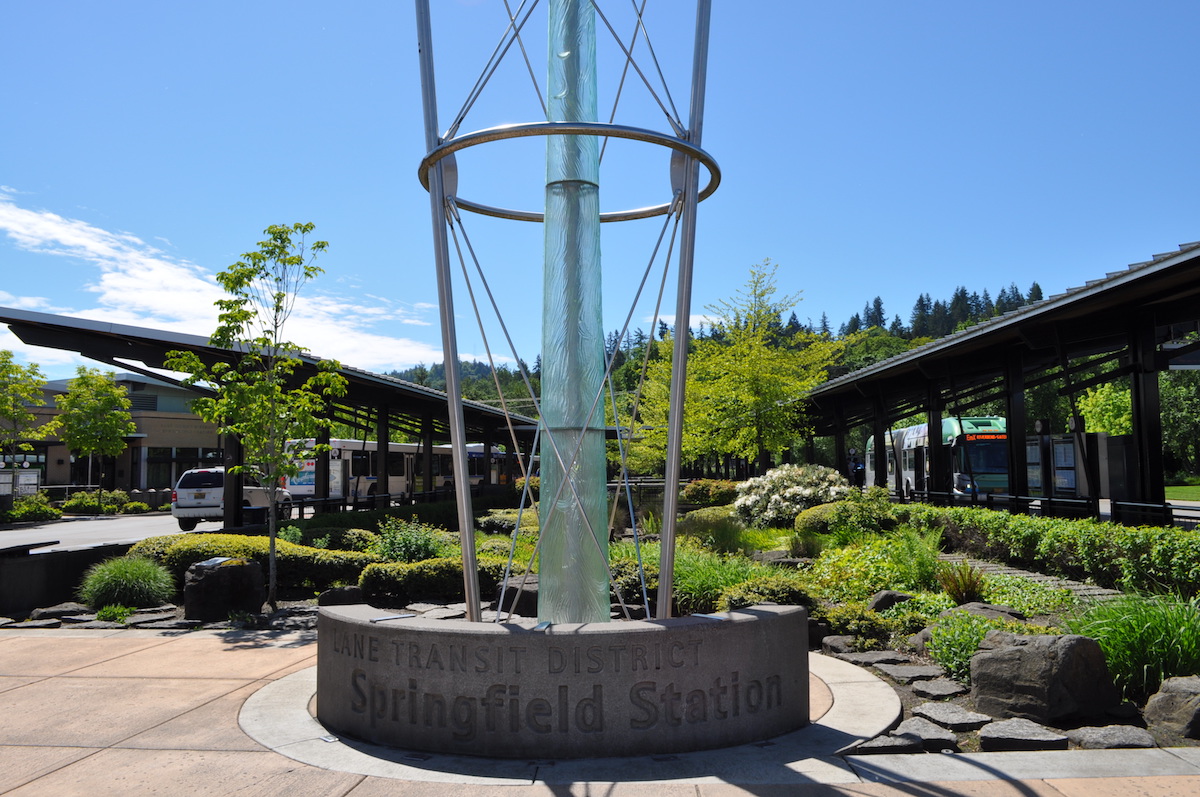 The City of Springfield, in partnership with Willamane Park and Recreation District, offers miles and miles of scenic beauty with its bike paths and walking trails. For more information on our trails and paths, visit here.